Ever since I was a little boy I felt this need for something, it was not something physical or mental (i.e. some new toy, gadget, piece of clothing, girlfriend, or even a since of belonging). This need has carried on throughout my life, trying to piece out exactly what it is has been a rough go. Growing up on a dairy farm in a small Southwestern Virginia town, where your nearest neighbor is three miles down the road, and on the other side of the hill, was a bit difficult. Because of this I really didn’t have many friends until I hit school age, even then it was still hard being socially adept. I instead loved those old fishermen that fished my families farm pond, they were my best friends. One thing of note: I was always horrible at sports and I never had that father that was a hunter – we were dedicated farmers. Literally ever day of my early life was spent in this fashion; wake up at 4 am to milk, 6:30 am go home and take a shower, eat breakfast, then go to school. Once school was over I would come home and help Dad finish milking, after that we would go home for dinner. Depending on what season it was dictated what we did after. During the summer time a lot of time after dinner was spent in the hay fields, fall was spent cutting wood or silage time, winter was spent bringing in wood and watching tv, spring was planting time and repairing things that were damaged. 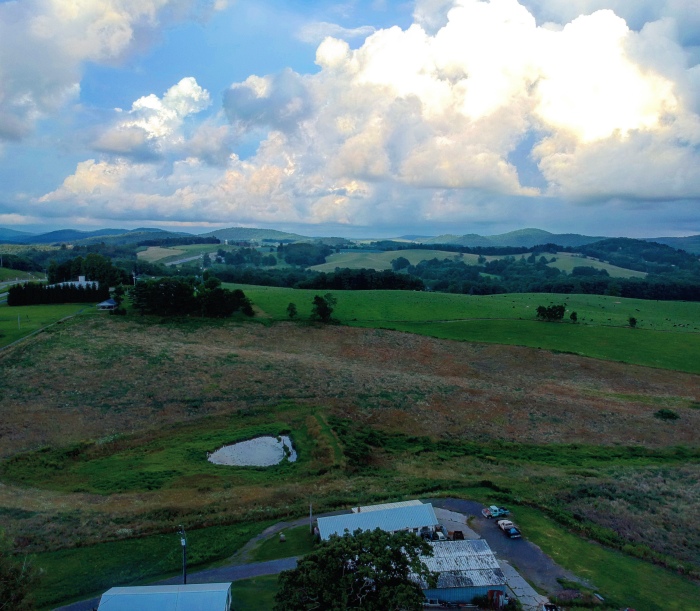 Now the one reprieve I got was the occasion to fish at our families bass pond, these were the times that I always looked forward to. Whether with my dads friends or not, I spent a lot of free time there, until I could read the water, knowing every inch of it. This was until I realized I was a becoming a man and found girls. Now I said before my father was not a hunter, but what I also failed to mention was he was not a trout fisherman, he only liked to fish for bass and crappie. My dad’s passion was working on cars and trucks, fixing them up, and selling them. Needless to say I do not have that passion. So for the longest time spin fishing for bass was my passion, but it still seemed like I had a need for something regardless. 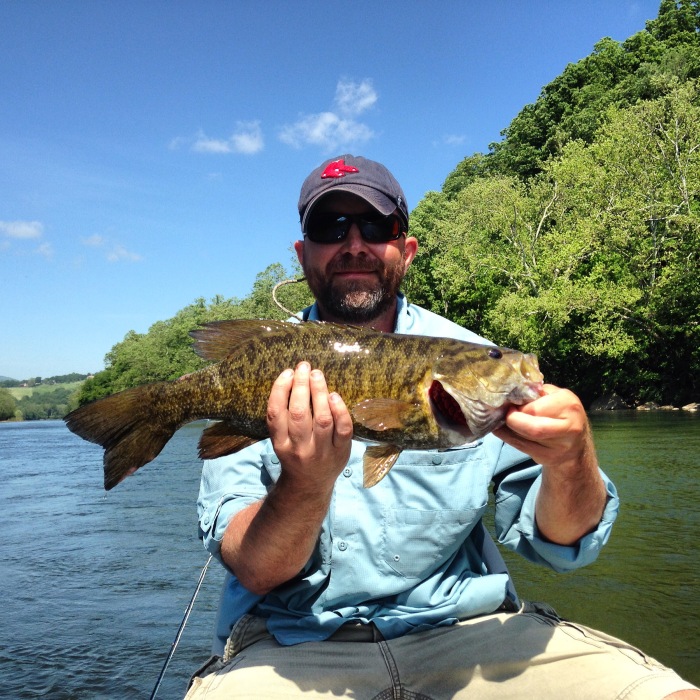 One summer in college I was working for a company that sprayed the undergrowth under power lines and it was there in Boone, NC I found what I had been needing in my life. Ok so a better way of saying of what I was needing is more akin to what we Catholic’s call a calling. My calling was fly fishing. In Boone, NC I witnessed for the first time someone fly fishing on a small creek near where we were working. Between the mountains, standing in a small creek, I saw a man casting the traditional dry fly casts and I became enamored by the simplicity and zen like qualities of what he was doing. It was like watching a craftsman at his trade, or someone doing tai chi, or a yogi… it was a kind of magic. My heart and soul yearned for this one thing, it felt like I just found the love of my life, my partner that would never leave me. 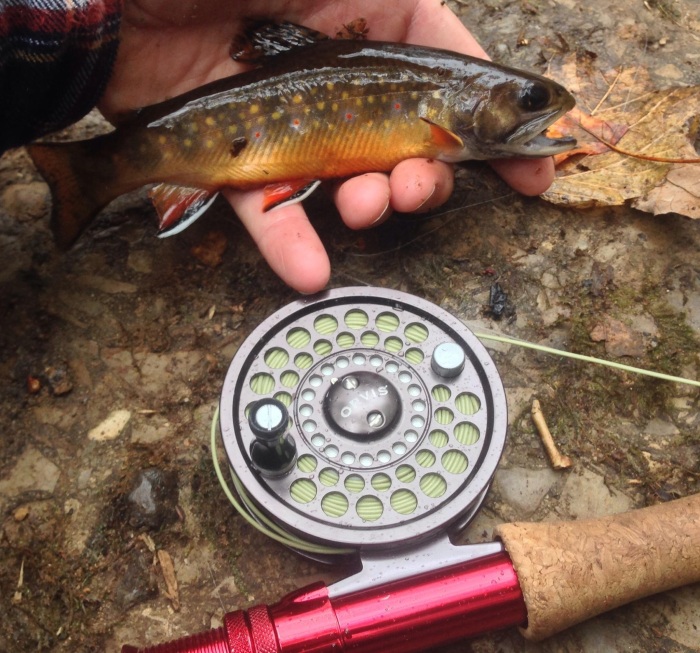 Over the next few months, after I purchased my first fly rod and reel, my love of affair with fly fishing blossomed, but just like any relationship it was odd and clunky. At first it was like that mysterious sensation that you have when you are dating someone new; you can not wait to see her, to breath her, to feel her. Then when it is time to go out on your date you find that you are as nervous as a new born pup, you fumble, you stumble, and sometimes you fall. I fell a lot.

Throughout college I continued at fly fishing, often secretly because it was my alone time. Then after graduation the railroad came. Needless to say that a lot of changes came about. Being on 24 hour call really hurt my fishing time, not to mention adjusting to having people around all of the time to having no one around was a bit daunting. I had became a social person, but now it felt like I was having to relearn that trait again or else become a recluse. I still kept at fly fishing when I could, but those times were cut to almost non-existence.

Finally after I got a regular shift job with the railroad I decided to move closer to home, so I moved to Blacksburg, VA. It is such a fun town, one that I relearned how to be social in and I was able to hone in my skills as a fly fisherman, it reminded a lot of Boone, NC were my calling was recognized. It was also during this time that I decided that I wanted to learn how to tie flies. After watching several youtube videos, and going to Tangent Outfitters fly tying 101 class the other part of my calling was fulfilled.

My mind, body, and soul seemed to just fit together perfectly together, it was like my third eye had been opened, it felt like I was finally in my true skin. Even when stress would enter my life fly fishing and fly tying were my armor from that stress. Ok to be fair, it wasn’t just fly fishing and fly tying, it was the exploring part of fly fishing that also set my heart afire. Exploring the mountains, and valleys of Virginia for new water was in itself enticing. I have probably seen more of the off beaten paths in Virginia then most will ever see and that makes my soul smile. 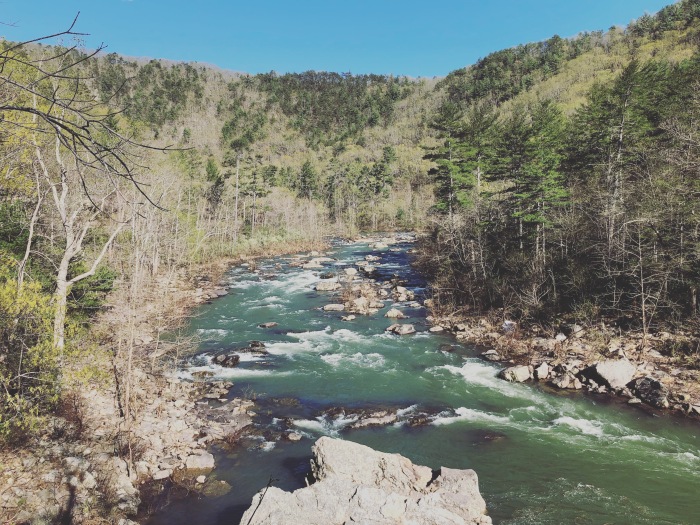 Now that I find myself in another state I long for those mountains and rivers of Virginia, they haunt me daily. Luckily the railroad didn’t move us to far from home. I can still come home on weekends to fish for my beloved brookies, rainbows, browns, smallies, and muskies. 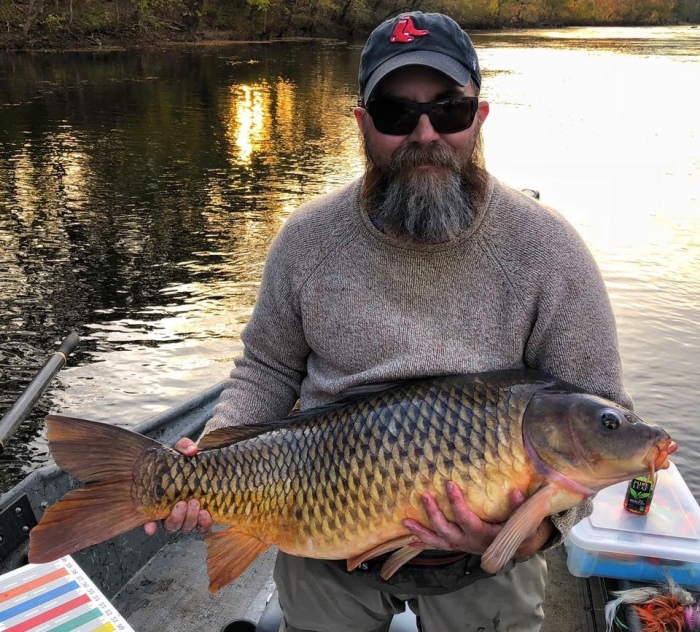 Still though, there seems to be a golden shore to be seen out of the Peach state. Georgia has such promise, especially in regards to the Chattahoochee and for its streams in the northern part of the state. It just makes me once again hit the open roads on my days off, searching for those  off beaten paths. It also gives my calling more of a calling then ever, with this website and with the help of the local Trout Unlimited here, maybe I can help this region grow to its fullest.

2 thoughts on “The Calling”

Writings and Resume of a fly fisher.

Three passions: Jesus and His Bride, the trade of barbering and everything about it, and fly-fishing!

Fishy tales from the West of Ireland

Fly fishing from the Wilderness to the Wastelands.

fly fishing for fish as well as trees and shrubberies

A blog dedicated to saltwater fishing and Florida's natural beauty

Finance and the Fly

Providing Insight for the Investor and Angler alike